Carolina Schmidt to Speak at the 2020 Conference on Environmental, Cultural, Economic & Social Sustainability 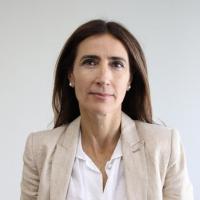 We are pleased to announce that Carolina Schmidt will be speaking at the Sixteenth International Conference on Environmental, Cultural, Economic & Social Sustainability.

Minister Schmidt was minister of the National Women's Service and Minister of Education during the first presidential period of President Sebastian Piñera. During her time at the National Women's Service, she promoted legislation for pregnancy leave, the bill on femicide, and the bill on shared tuition. As Minister of Education, she worked on the reformulation of constitutional universal free access to preschool education for children as young as 2 years old, making the class prior to first grade mandatory in the process.

She has also been director and general manager of several companies. Prior to her appointment in the current cabinet, she was general manager of the COPESA Media Group, director of the Santiago Municipal Theater, advisor at the UC Center for Public Policy, and advisor at the civil society organization, Comunidad Mujer. She has a degree in business administration from the Pontifical Catholic University of Chile (UC).

Register for the 2020 conference here.