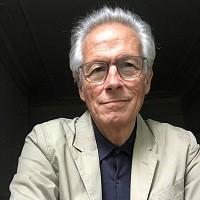 David Morris is Professor of Mental Health, Inclusion and Community at the University of Central Lancashire (UCLan). He has a particular interest in the relationship of community engagement and networks to social inclusion, having led jointly with the Royal Society for Arts (RSA) and LSE, the UK-wide Connected Communities programme (2010-15). Prior to this, having been involved with the UK Government’s Social Exclusion Unit in its study of social exclusion impact in mental health, he became responsible for overseeing implementation of the study’s findings as Director of the cross-government National Social Inclusion Programme (2005-09) at the Department of Health’s National Institute for Mental Health in England.

Since its inception in 2013, David has been Director of the Centre for Citizenship and Community. Established to develop a practice-oriented evidence base for Connected Communities approaches in a range of public policy areas, the Centre, based in Lancashire and London, has undertaken a number of programmes locally, in multiple sites across the UK, and internationally, including ODESSA, a three-year ESRC-funded collaborative study of ageing-in-place in China, France and England.

David has contributed widely both nationally and internationally to the development of policy and practice on community engagement and social inclusion through a broad range of advisory and consultative roles. He has established a number of research and development collaboratives, including an Anglo-Japanese network to explore healthy community-oriented approaches to ageing and he has a particular interest in the inter-generational application of community engagement methodologies to ageing and dementia. He has been a member of the Prime Minister’s national Champions Group on Dementia.

David’s doctoral research concerned the role of Primary Care in relation to communities. He has been an editor of the London Journal of Primary Care and currently chairs a national network on community-oriented Primary Care as part of an initiative that involves the Royal College of General Practitioners.

With a professional background in Social Work and management of mental health services in social care, David’s career has spanned statutory and voluntary sectors, Central and Local Government, Social Care, the NHS and academia. He held a Visiting Academic Associate post in the Health Service and Population Research Department of the Institute of Psychiatry, Kings College, London (2009-13) and is a Fellow of the RSA.

Learn more about the Aging & Social Change Advisory Board here.