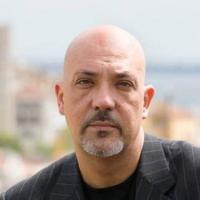 We are pleased to announce that Delfim Sardo will be speaking at the Fourteenth International Conference on The Arts in Society.

Delfim Sardo is a professor at the University of Coimbra and is responsible for the visual arts program at Culturgest, Fundação Caixa Geral de Depósitos. He was consultant of the Calouste Gulbenkian Foundation and director of the Center of Exhibitions of the Centro Cultural cde Belém in Lisbon. He was Curator of the Portuguese Representation at the Venice Biennale in 1999 and co-curator of the Portuguese Representation to the Venice Architecture Biennale 2010. He was chief curator of the Architecture Triennale of Lisbon 2010 and of the Biennial Anozero 2017. He was founder and director of Pangloss contemporary art magazine and President of the Portuguese section of AICA (International Association of Art Critics). He is the author of several books, including A Visão em Apneia (Babel 2013) and O Exercício Experimental da Liberdade (Black Orpheus, 2017). Writes regularly on art and architecture.

Submit your proposal to the 2019 conference here.