Diederik Samsom to Speak at the 2021 Conference on Environmental, Cultural, Economic & Social Sustainability 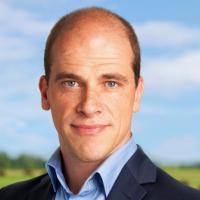 We are pleased to announce that Diederik Samsom will be speaking at the Seventeenth International Conference on Environmental, Cultural, Economic & Social Sustainability.

Diederik Samsom is a Dutch environmentalist and retired politician who served the Labour Party (Partij van de Arbeid PvdA) from 2012 to 2016, where he, among other things, was responsible for energy policies and initiating the Dutch climate law. Since November 2019, Samsom is head of cabinet for First Vice-President of the European Commission Frans Timmermans, where Samsom is jointly responsible for the political steering of all policy proposals in the field of climate and the environment. Samsom had been involved in environmental issues long before entering politics. Samsom joined environmental organisation Greenpeace Netherlands in September 1995 as a volunteer. He led several campaigns and projects until he resigned in December 2001, after the PvdA offered him a career in politics. He also worked as the CEO of Echte Energie (Real Energy), a small green energy trading company, from August 2002 until January 2003.