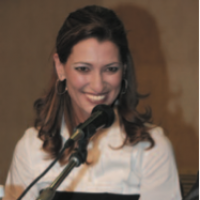 Dr. Efthalia (Elia) Chatzigianni, PhD is Associate Professor of International Organizations and other forms of cooperation in the field of sport, Sport Management Department, University of Peloponnese, Greece. She holds a BA in Sociology from the Panteion University of Social & Political Sciences, Athens, Greece, an MA in International Politics from the Université Libre de Bruxelles, Belgium and a PhD in International and European Studies from the Panteion University of Social & Political Sciences, Athens, Greece. She is author of two books: Sport Governance. Globalization International Organization and Politics (2018, Athens: Sideris) and Lobbying: Interest Promotion Mechanisms (2007, Athens: Papazissis). Her current research interests lie the areas of global sport, sport policy, sport governance, sport politics and lobbying, gender issues in sport and the Olympic Games. She has lectured in various undergraduate and graduate academic programs and published numerous articles and book chapters in English, Greek, French and German. She was an International Visiting Scholar and Instructor at the Sport Management Department, Brock University, Canada (2017-2018) and Visiting Professor at CERES, Munk School of Global Affairs, and the Faculty of Kinesiology and Physical Education, University of Toronto, Canada (2013 & 2014 respectively). Among other, she has participated in many international conferences as well as in the organization of various sport events, including three Olympic Games (1996, 2002, 2004). She speaks six languages.

Learn more about the Sport & Society Advisory Board here.