Gaëlle Mourre to Speak at the 2019 Conference on The Image 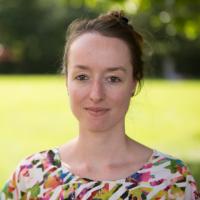 We are excited to announce that Gaëlle Mourre will be speaking at the Tenth International Conference on The Image.

Gaëlle Mourre is a director and screenwriter based in London. Having lived in Asia, the US, and Europe, Gaëlle brings her cultural experiences into the worlds that she creates in her films.

She is currently working on the development of the Mechanical Souls series as well as her upcoming feature film scripts. Exploring questions on ethics within surreal settings is a recurring theme that ties her stories together. Gaëlle trained as a director at the London Film School and holds an MA in filmmaking and a BA in art history and Spanish literature. She also produces branded content as well as fiction content. Gaëlle is a classical 2D filmmaker as well as a VR director. Bilingual in French and English, she works in both languages and is always up for a new challenge, travelling internationally for her projects.

Register for the 2019 conference here.