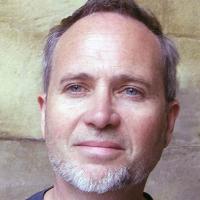 We are pleased to announce that Gregory Sholette will be speaking at the Fifteenth International Conference on the Arts in Society.

Dr. Gregory Sholette (born Philadelphia, USA, 1956) was a founding member of Political Art Documentation/Distribution PAD/D (1980-1988), which issued publications on politically engaged art and whose archive is now in the Museum of Modern Art; of REPOhistory (1989-2000), a collective of artists and activists who repossessed suppressed histories in New York in the 1990s; and more recently, of Gulf Labor, a group of artists advocating for migrant workers constructing museums in Abu Dhabi. In numerous installations in the US and Europe, dozens of essays, a special global issue of FIELD journal, and seven books including Art as Social Action (with Chloë Bass, 2018, Skyhorse Press); Delirium & Resistance: Art Activism & the Crisis of Capitalism (2017), Dark Matter: Art and Politics in an Age of Enterprise Culture (2011, both Pluto Press), and It’s The Political Economy, Stupid (with Oliver Ressler from Pluto Press, 2012), Sholette documents and reflects upon decades of activist art that, for its ephemerality, politics, and market resistance, might otherwise remain invisible. He has contributed to such journals as FIELD, Eflux, Artforum, Frieze, October, Critical Inquiry, Texte zur Kunst, Afterimage, CAA Art Journal, and Manifesta Journal among other publications. Sholette holds a PhD in history and memory studies from the University of Amsterdam, Netherlands (2017), and he is a graduate of the Whitney Independent Study Program in Critical Theory (1996), the University of California San Diego (1995), The Cooper Union School of Art (1979), and Bucks County Community College (1974). He teaches studio art and co-directs the Social Practice Queens MFA concentration and certificate at Queens College CUNY, and is an associate of the Art, Design and the Public Domain program of Harvard University's Graduate School of Design.