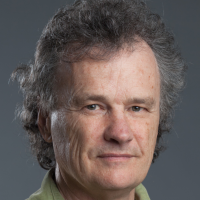 We are pleased to announce Ian McLean to will be speaking at the Sixteenth International Conference on the Arts in Society.

Ian McLean is Hugh Ramsay Chair of Australian Art History at the University of Melbourne. He has published extensively on Australian art and particularly Indigenous art.

Professor McLean has published extensively on the subject of Australian art, particularly Indigenous and contemporary art. His books include Indigenous Archives: The Making and Unmaking of Aboriginal Art, with Darren Jorgensen (2017); Rattling Spears: A History of Indigenous Australian Art (2016); Double Desire: Transculturation and Indigenous Art (2014); How Aborigines Invented the Idea of Contemporary Art (2011); White Aborigines Identity Politics in Australian Art (1998); and The Art of Gordon Bennett, with a chapter by Gordon Bennett (1996).