Maurizio Ambrosini to Speak at the 2020 Conference on Diversity in Organizations, Communities & Nations 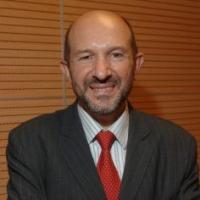 We are pleased to announce that Maurizio Ambrosini will be speaking at the Twentieth International Conference on Diversity in Organizations, Communities & Nations.

Maurizio Ambrosini holds a sound experience of more than twenty-five years studying and teaching migration issues, and his area of expertise, sociology of migrations, has become one of the most prolific areas of study at the Department of Social and Political Sciences at the University of Milan. He has been Visiting Fellow and Invited Speaker in different institutions and cities around the world. He has developed research projects on topics of irregular migration, labour markets, migration policies at national and local level, and family migrations, and has supervised more than 50 graduate, doctoral students, and postdoctoral researchers. He has been involved as Responsible of Local Units in 4 MIUR-COFIN research programmes of national importance (call 1998, 2003, 2005, 2009), and he has collaborated in several European projects: as Responsible of the Italian research team for the project ACCEPT Pluralism (7th Framework Programme); Associate Partner for the projects TRANSMIGRARED and TRESEGY; and nowadays as Responsible of the Italian units for the projects MIGRAID and PROXIMITY. He is now committed as the head of the Italian unit in the European Project (H2020) MAGYC. Migration Governance and Asylum Crises. His articles have been published in leading international Journals such as Journal of Ethnic and Migration Studies, Ethnic and Racial Studies, Ethnicities, International Migration, European Journal of Migration, and Law and Migration Studies. He is also the author of two monographic books published in English by Palgrave. His handbook “Sociologia delle migrazioni” has been adopted as textbook in several Italian universities, as well as several others of his books.

He is also Member of the Scientific Board of the Journal of Immigrant and Refugee Studies (2010 onward) and of several Italian scientific journals; as well as Referee of the most important international scientific journals in Migration Studies (International Migration Review, Journal of Ethnic and Migration Studies and Journal of Ethnic and Racial Studies, among others). He is Founder and Editor of the journal "Mondi Migranti" (since 2007), the first Italian journal in the field of Migration Studies; Director of the Research Centre Medì of Genoa (since 2003); and Director of the Summer School of Sociology of Migrations of Genoa (since 2005). In his native country he usually cooperates with several Italian public and private institutions, for example ISPI (International Institute of Political Studies), ISMU Foundation, Caritas, Migrantes Foundation, and Dossier Immigrazione. He was Consultant of the Italian Parliament (Schengen commission, 2006-2008); Member of the National Advisory Board for the Integration of Immigrants (2007-2008); and in 2017 he was appointed as an Expert at the National Council of Economy and Labour (CNEL).