Susan Watson to Speak at the 2021 Conference on Knowledge, Culture, and Change in Organizations 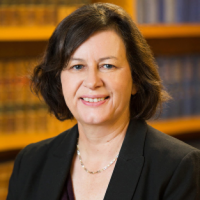 We are pleased to announce that Susan Watson will be speaking at the Twenty-first International Conference on Knowledge, Culture, and Change in Organizations.

Dr. Susan Watson researches and teaches corporate law and corporate governance. She has a particular interest in the corporate form and in her research seeks to understand how the form developed, why it is so successful, and the economic and societal impact of corporations. Her research has been published widely in New Zealand and internationally; she has edited and co-authored treatises and textbooks, five edited collections, and numerous articles. Her work has been cited and discussed by other scholars in the field and by courts at all levels including the UK Supreme Court. From 2007 until 2014, Susan was joint editor of the New Zealand Business Law Quarterly, and she is currently the New Zealand editor for the Journal of Business Law. In 2016 she won the 2015 Legal Research Foundation Sir Ian Barker Published Article Award for How the Company Became an Entity - A New Understanding of Corporate Law.

Professor Watson has been a visiting Professor at Vanderbilt University (2008, 2012,2018) Tilburg University, and a visiting academic in the Oxford Law Faculty (2018). Before joining the University of Auckland, Susan worked as a staff solicitor and associate in two city law firms, and she taught part of the Institute of Professional Legal Studies law professionals course. Before joining the Law School, she was professor of commercial law in the Business School where she was head of department from 2008 to the end of 2010 and associate dean academic faculty in 2011. She was deputy dean of the Law School from 2014 until the end of 2017.

Submit your proposal to the 2021 conference here.