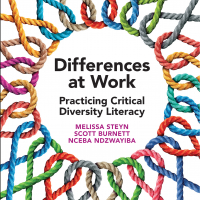 Differences at Work: Practicing Critical Diversity Literacy is part of the movement around the world to deepen the practice of organizational transformation and improve conceptual approaches to diversity in ever-changing and often confusing contexts. The increasing interconnectedness of communities has profoundly changed how society is imagined, making the study of the construction of and relation to our differences an area of academic priority. This book is written as a step-by-step manual for practitioners of diversity within organizations and brings the day-to-day management of organizations into meaningful conversation with cutting-edge social science. We see the process of people learning to respect and even value the differences between them as being the development of a reading practice: a kind of literacy. The choice of the word "literacy" reflects our belief that almost anybody can learn the language of critical diversity. It need not require a particular moral or political starting point; it is a skill, and can thus be taught. Diversity is of course a highly politicized area of investigation. Differences in gender identification and permissible speech around racial and sexual differences are among the most divisive and partisan issues in the public sphere. After exploring the overarching theoretical and historical concerns, the book builds the case for a critical approach to diversity management. It provides guidelines for "selling" critical diversity literacy to management; outlines a theory of change for organizations; provides guidelines for meeting resistance; and ends with a chapter that addresses how to design and implement interventions.

Scott Burnett is a senior lecturer in communication at the University of Gothenburg in Sweden. His research has focused on the reproduction of hegemonic whiteness as a spatial relation in environmentalist discourse, reactionary white masculinity on social media, and critical approaches to diversity in organizational contexts. He has published in leading academic journals including ACME; Discourse, Context & Media; and Sexualities.

Nceba Ndzwayiba is the Group Director for Human Resources and Transformation for Netcare Limited SA and an affiliate researcher at the University of the Witwatersrand’s Centre for Diversity studies. He is passionate about social justice and equality with publications in accredited journals such as the International Journal for Social Economics focusing mainly on the reciprocal relationship between society and organisations in the reproduction of power, inequality and marginality.

A Fulbright alumnus, Melissa Steyn holds the South African Research Chair in Critical Diversity Studies. She is the founding director of the Wits Centre for Diversity Studies at the University of the Witwatersrand, Johannesburg and is best known for her publications on whiteness in post-apartheid South Africa and the development of the framework of Critical Diversity Literacy. She was featured as one of Routledge’s Sociology Super Authors for 2013. 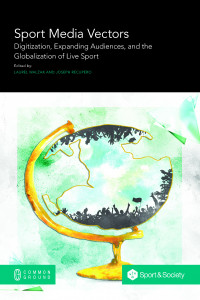 In this edited collection, Sport Media Vectors: Digitization, Expanding Audiences, and the Globalization of Live Sport leading scholars from five continents explore the socio-cultural and political aspects of sport media vectors. The direction of live sport will continue to evolve as the demand by audiences shifts. The book covers a complementary range of topics: esports; livestreaming; traditional linear broadcasting; gender, sexual orientation and masculinities in sport media; global comparisons; media and technological implications of sport; and audience study.

Joe Recupero is an Associate Professor of the RTA School of Media, Sport Media Program, in the Faculty of Communication and Design, Ryerson University. Recupero was the recipient of the 2018 Dean's Teaching Award at Ryerson University

Laurel Walzak is an Assistant Professor of the RTA School of Media, Sport Media Program, in the Faculty of Communication and Design, Ryerson University. Walzak founded the Global Experiential Sport Lab, GXSLab www.gxslab.com, a research lab that exists within FCAD’s Catalyst Research Hub in Toronto. 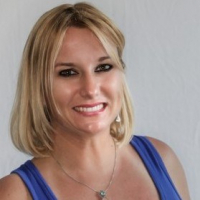 Dr. Carolin Lusby, is an Assistant Professor at the Chaplin School of Hospitality and Tourism Management at Florida International University, where she oversees the tourism program. She chaired the 5th International Conference on Leisure and Tourism at FIU and is an advisory board member. Dr. Lusby was honored with a Fulbright Scholar Award. Her research and service focuses on community development through tourism and conserving natural and cultural resources. She is the chair of the special interest group of tourism of the World Leisure Organization and serves on the board of the Society for Ethical Ecotourism in Florida. She has published six chapters in edited books on tourism and most recently helped develop a new degree in Global Sustainable Tourism. 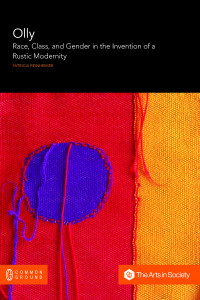 Olly: Race, Class, and Gender in the Invention of a Rustic Modernity

Olly emerged in the artistic field in the 1950s. She amassed positive reviews about her production. However, in the artistic universe, claiming quality is not enough. It was necessary that her work dialogued with some of that universe’s significant proposals: they had to make sense. What was that sense? Recognized while producing, but forgotten after her death, it is to Olly’s trajectory the author seeks to assign meaning. Olly: Race, Class, and Gender in the Invention of Rustic Modernity is a tribute to the author’s grandparents and a critique of the attitude of much of the white Brazilian middle-class towards peripheric groups. Looking at the artist’s subjects, the author identifies in her web of relations the creation of the idea of a sensibility that was intended to be universal, but even though it was based on different peripheric groups, it was produced and consumed by a certain white middle-class audience.

Patricia Reinheimer has experimented with art throughout her life. Knowing this, it is easier to understand her undergraduate degree in Art Education (1999), and her master's and doctorate degree in Social Anthropology (Universidade Federal Rural do Rio de Janeiro, Museu Nacional, 2002 and 2008). It makes sense then that art is her main sphere of investment.

Jörg Krieger, Assistant Professor in Sport and Social Science at the Department of Public Health at Aarhus University, Aarhus, Denmark

April Henning, Lecturer in Sport Studies in the Faculty of Health Sciences and Sport at the University of Stirling, Stirling, Scotland