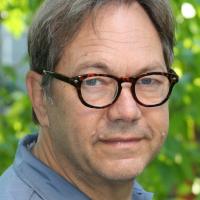 We are pleased to announce Luc Steels as a plenary speaker at the Eighteenth International Conference on New Directions in the Humanities.

Luc Steels is an ICREA research professor at the Institute for Evolutionary Biology (UPF/CSIC) in Barcelona and visiting professor at University Ca’Foscari in Venice. He studied linguistics at the University of Antwerp and computer science (with specialization in AI) at MIT (United States). His work has spanned many areas of Artificial Intelligence, from knowledge representation to expert systems, cognitive robotics, and natural language processing.

He is particularly well known for modeling of the cognitive and social processes that underlay the emergence and evolution of language using robotic agents. Steels was founding director of the Artificial Intelligence Laboratory at the University of Brussels (VUB) and founding director of the Sony Computer Science Laboratory in Paris. He published a dozen books on AI and hundreds of papers in top level journals such as Behavioral and Brain Science, Cognitive Science, Constructions and Frames, Artificial Intelligence, Nature Physics, etc., with an H-index of impact > 70. He is an elected member of the Royal Academy of Belgium and the European Academy. Besides his scientific work, he has also been active in the arts. He created works for various exhibitions such as Laboratorium in Antwerp, wrote a theater play for the Avignon Theatre Festival with Jean-Francois Peyret, and composed two operas (Casparo and Fausto) that were performed in a dozen venues including the Monnaie Opera house in Brussels, Gaité Lyrique in Paris, and the Sony Concert Hall in Tokyo.

Register for the 2020 conference here.