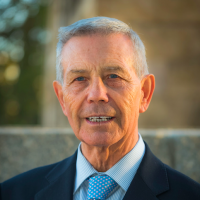 We are excited to announce that Antonio Piñero Sáenz will be speaking at the Eleventh International Conference on Religion & Spirituality in Society.

Antonio Piñero Sáenz is a Spanish philologist, writer, and historian, specializing in the Judaism before Christianity, the life of Jesus of Nazareth, the founding of Christianity, and language and literature of the New Testament and early Christianity from a scientific perspective. He is especially known in the Spanish-speaking world for the authorship of numerous books and research articles, and for his active outreach efforts.

In 2016, he received the Trithemius award from the Sociedad de Estudios e Investigaciones Spagyricas and Publishing House Tritemio, for his contribution to the world of culture and his endeavour in all his facets to teacher, researcher and writer.

As a result of his work in translating the non-canonical gospels, New Testament academic research, broad participation in dissemination activities and numerous publications, Piñero has become one of the most influential agnostic Spanish exegetes and authors in the study of the early Christianity (mainly the 1st and 2nd centuries). In his work he focuses on the historical Jesus, therefore he tries to separate the religious interpretation from the historical reconstruction of Jesus through historical and philological methods. Similarly, he also addresses the first steps of the early Christianity trying to clarify the evolution of the first communities of followers of Jesus of Nazareth.